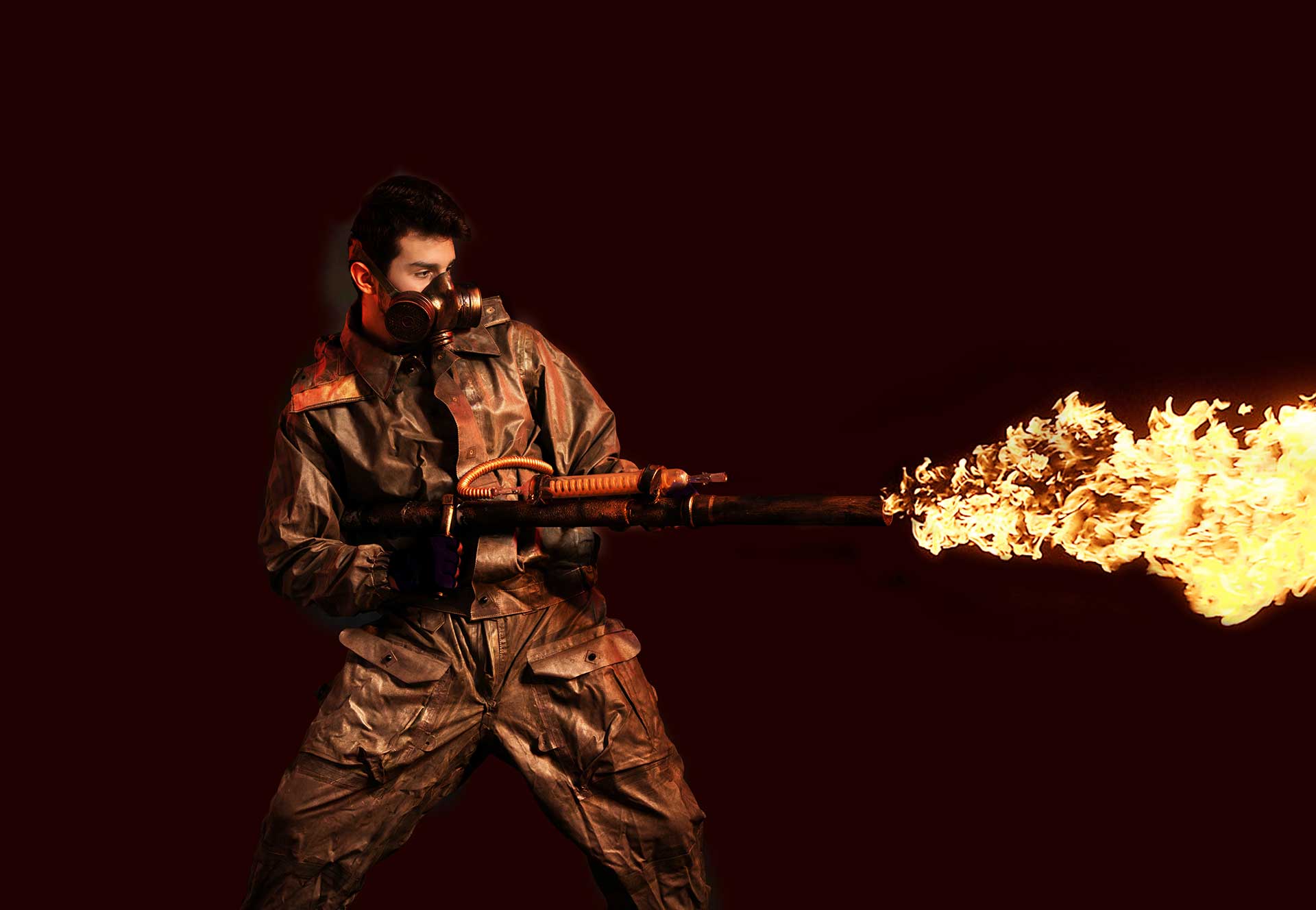 The first known version of the flamethrower was developed in 672 by Byzantine empire navies. The weapon would be dubbed “Greek Fire” and would use a spew a substance that resembles napalm. Other cultures like the Chinese and the Vikings would create their own versions as technology advanced. The Germans would make the “flammenwerfer” in 1901, which would lead to its use in both World Wars. With the creation of gunpowder, flamethrower tech was left obsolete in modern warfare.

Still, flamethrowers are pretty cool. Theoretically, it remains the coolest weapon in modern history and a mandatory pickup in any zombie video game.

Sure, Elon Musk has his trademark “Not A Flamethrower,” courtesy of The Boring Company. However–outside of Tesla–Musk isn’t really known for following through on his spur-of-the-moment ideas. For instance, his 2019 attempt at creating a metro rail that is now retrying, the recent SpaceX failed launches, and the tumultuous saga of purchasing Twitter. His flamethrower kind of pales in comparison to real flamethrowers.

In this 2018 Youtube video by DriveTanks.com, weapons testers compare The Boring Company product with two different flamethrowers. They use an XM34 flamethrower and an M9 military flamethrower. Both are exponential upgrades to the Boring flamethrower, which in comparison, looks like it’s better suited for crème brûlée.

Contrary to popular belief, flamethrowers are considered legal in 48 states and most retailers do ship to those locations. If you live in Maryland or California, you can obtain from most retailers if you provide proof of a pyrotechnics license. Some sellers require you to sign a liability waiver.

If that seems like a cool idea, you might think otherwise when you click on the checkout button. Unfortunately, flamethrowers are massively expensive–who would’ve thought? If you’re not trying to budget out $700 for a flamethrower, there are cheaper alternatives that might take a little bit of MacGyver-ing.

In a video by TKOR (The King of Random), the channel’s hosts are seasoned experts in making random contraptions for an audience of 12.6 million followers. One of them is a budget flamethrower made out of a fire extinguisher for the purpose of cheap irony. It’s fairly simple, you buy an extinguisher, empty it out, drill a tire valve into the extinguisher (for filling it up with pressure), and add the fuel into the extinguisher. You can use a lighter or fixate a copper tube on the side of the extinguisher to hold a flammable source, such as a wick.

It’s easier said than done and won’t hit the same as a military-grade flamethrower but it’ll do the job just fine. It will definitely save you hundreds of dollars if you don’t mind doing some tinkering. This way you save tons of money, don’t have to support Elon Musk, and you get to destroy things all the same. Happy roasting.