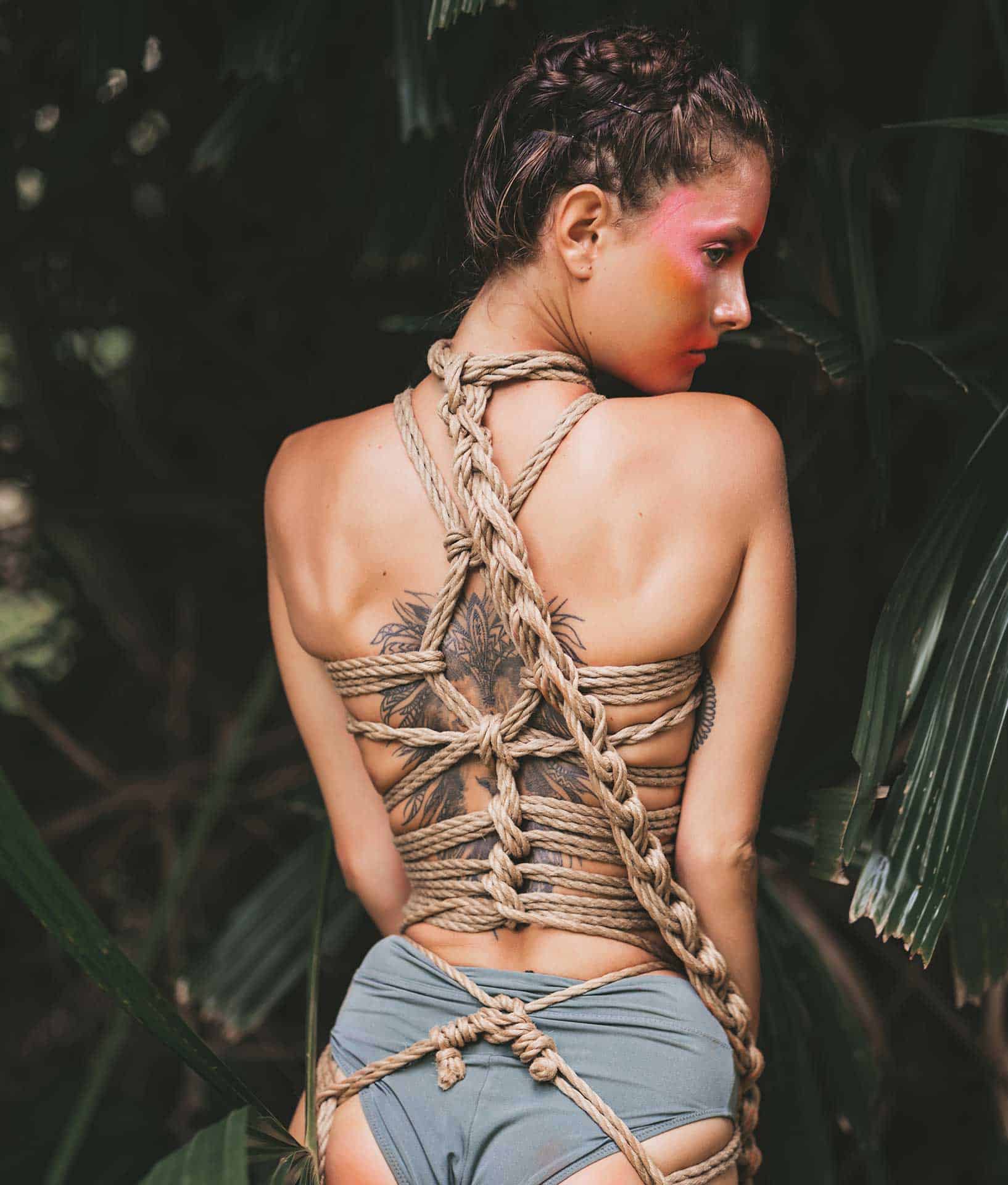 Shibari, Kinbaku, and the Dawn of Japanese Bondage

Sex. We all are aware that there are many unique–sometimes complex–ways of performing a simple act. It isn’t surprising once people understand that sexual preferences mirror culinary preferences: everyone likes it a certain way (or is completely open-minded), there are different techniques to employ, and it is constantly evolving. Furthermore, while sex isn’t necessary to survive, it is a basic human need. It just varies on how you want to go about it.

First, let’s find the difference between the two terms. The Jade Rope describes the subtleties between the two: shibari (meaning the act of tying, binding, or weaving) signifies that “the intent of the person tying is aesthetically driven” while kinbaku (meaning “tight binding”) is used “should the same tie used to create a sexually driven scene.” Kinbaku has also been described as requiring an emotional connection or exchange, rather than being sexually associated.

As for the origin of this art, we ironically turn towards martial arts. The earliest record of Japanese rope tying dates back to the Heian period (which dates back to 800), but it was during the 1400s that a popular technique of capturing enemies on the battlefield was developed. It wasn’t until the Edo period (1603-1868) that law enforcement developed the martial art of HojoJutsu, or “the act of capturing, binding, and restraining criminals (or suspects) with rope.” It has changed over the years but it is more known as Torinawajutsu today (and is still used by Japanese police).

Brutality slowly turned into sensuality as it was featured in both Japanese erotica and kabuki theater. The latter of which furthered the safe and visual aspects of the art, so the actors did not experience pain. It wasn’t until World War II that fetish magazines exchanged hands…and the rest is history.

Since that odd seventy-five years ago, there has been plenty of development in the art. There are notable rope masters or “nawashi” that are open about the art style. In a 2018 interview with Hero Magazine, modern nawashi Hajime Kinoko describes why the art of rope tying is more than just sex and power.

“The model who is bound is controlled by [the tier,] so there is fear and uneasiness. Yet, in understanding the model’s feelings and tying her with love and care, a stronger strength emerges, of trust.”

The art form has come a long way since its day surrounding warfare and punishment. The reinvention of a practice so harsh to something, under the guise of savagery, romantic is beautiful. While that is not always the case, that kind of message should be applied to the rest of the BSDM culture. Once that misconception becomes unearthed, I think the world will trend towards a more sex-positive mindset.