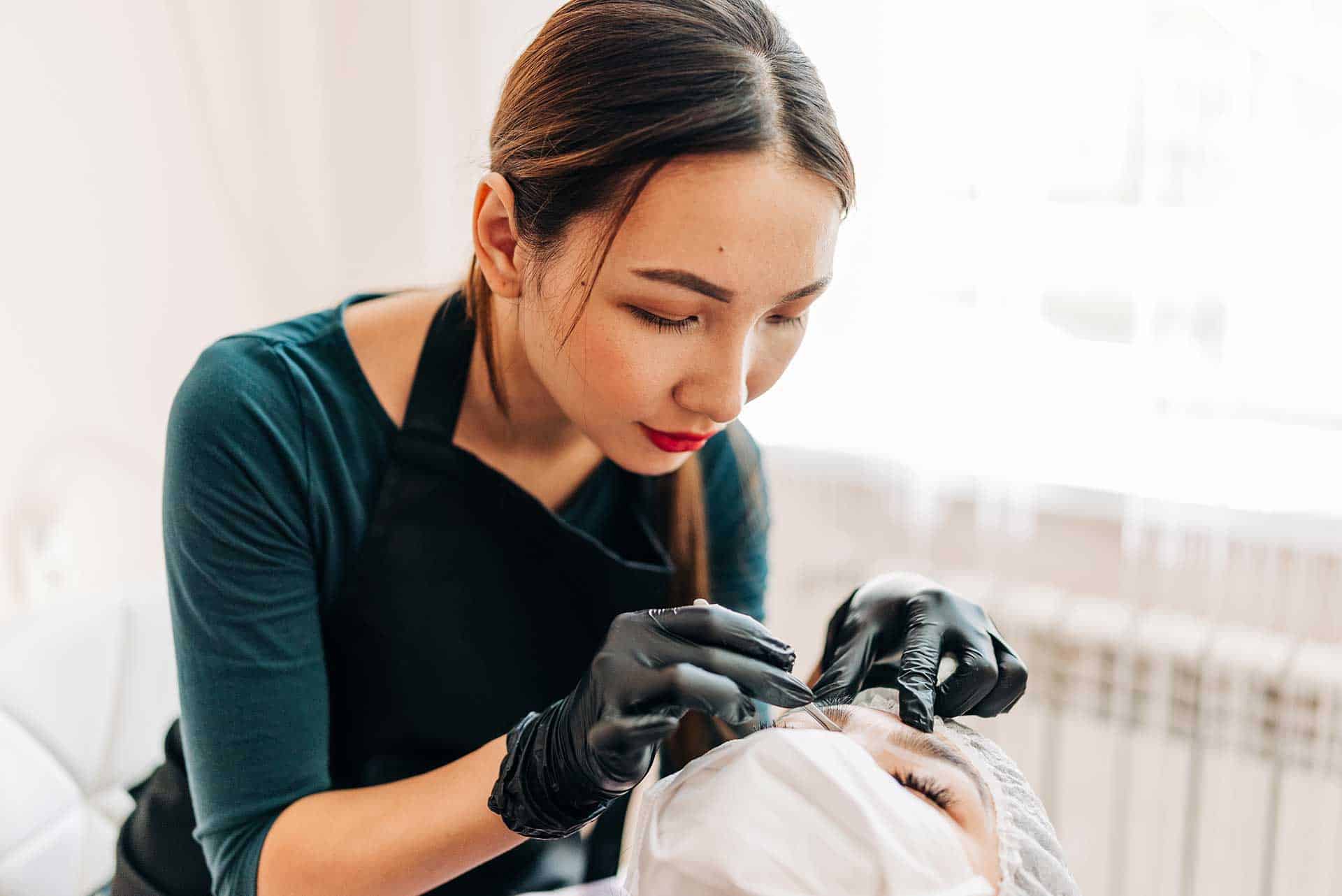 The Tattoo You Really Can’t Go Back From

In a Truly (a Youtube reality program-based channel) video, a 24-year-old named Amber said the procedure felt like “[the tattoo artist] grabbed 10 shards of glass and rubbed it in my eye.” Amber had also mentioned that the procedure was ultimately done incorrectly, leaving her blind for three weeks.

The procedure is called a sclera tattoo. It involves injecting ink under the conjunctiva (the clear tissue covering the white part of the eye) and over the sclera (the whites of the eye). The idea was originated by Luna Cobra and Shannon Larratt, two body modification experts. More than a decade ago, the late Larratt, a writer that founded the first body modification magazine BMEzine, volunteered alongside two other subjects to test the procedure. It took about two years to perfect the process.

Even though Cobra has had a lot of experience with the process, he still doesn’t recommend it to colored-eye hopefuls. In an interview with Allure, Cobra explains his reluctance when asked to perform the procedure.

“To be honest, every person that contacts me about eyeball tattoos gets the same letter back,” said Cobra. “I explain they really should invest in quality contacts and wear those for a long time.”

Although Cobra has tattooed enough eyes to warrant safe results every time, that doesn’t mean every artist takes the same precautions. That is exactly what happened to Canadian model Catt Gallinger five years ago. An inexperienced artist used undiluted ink and tore her sclera, causing extreme swelling and blurry vision. She went to the hospital multiple times, took multiple medications, and required eye surgery to avoid blindness.

Though her sight remains, there is still unrepairable damage. Three years after her initial post, she again provided an update on the status of her eye.

“I have issues to this very day. Less vision, unable to see out of that eye if its [sic] sunny out due to pain, random swelling, ink in my eyelids from it spreading through the bloodstream, itchiness,” said Gallinger.

Her viral post sparked a lot of awareness. It may have indirectly inspired legislation, including laws prohibiting the procedure in states like Indiana, Oklahoma, and Washington. It is also banned in some Canadian provinces.

Funny enough, the process was inspired by Frank Herbert’s “Dune” series. The native Fremen of the planet Arrakis have blue eyes due to the exposure to the drug “melange.” Take it from Andrea Tooley, MD, who’s a clinical spokesperson for the American Academy of Ophthalmology. She told beauty publication Byrdie that there are much better, safer alternatives.

“I cannot stress this enough: Be kind to yourself and skip the eye tattoo,” said Tooley. “There are safe, medically-assisted alternatives, including FDA-approved contact lenses.”