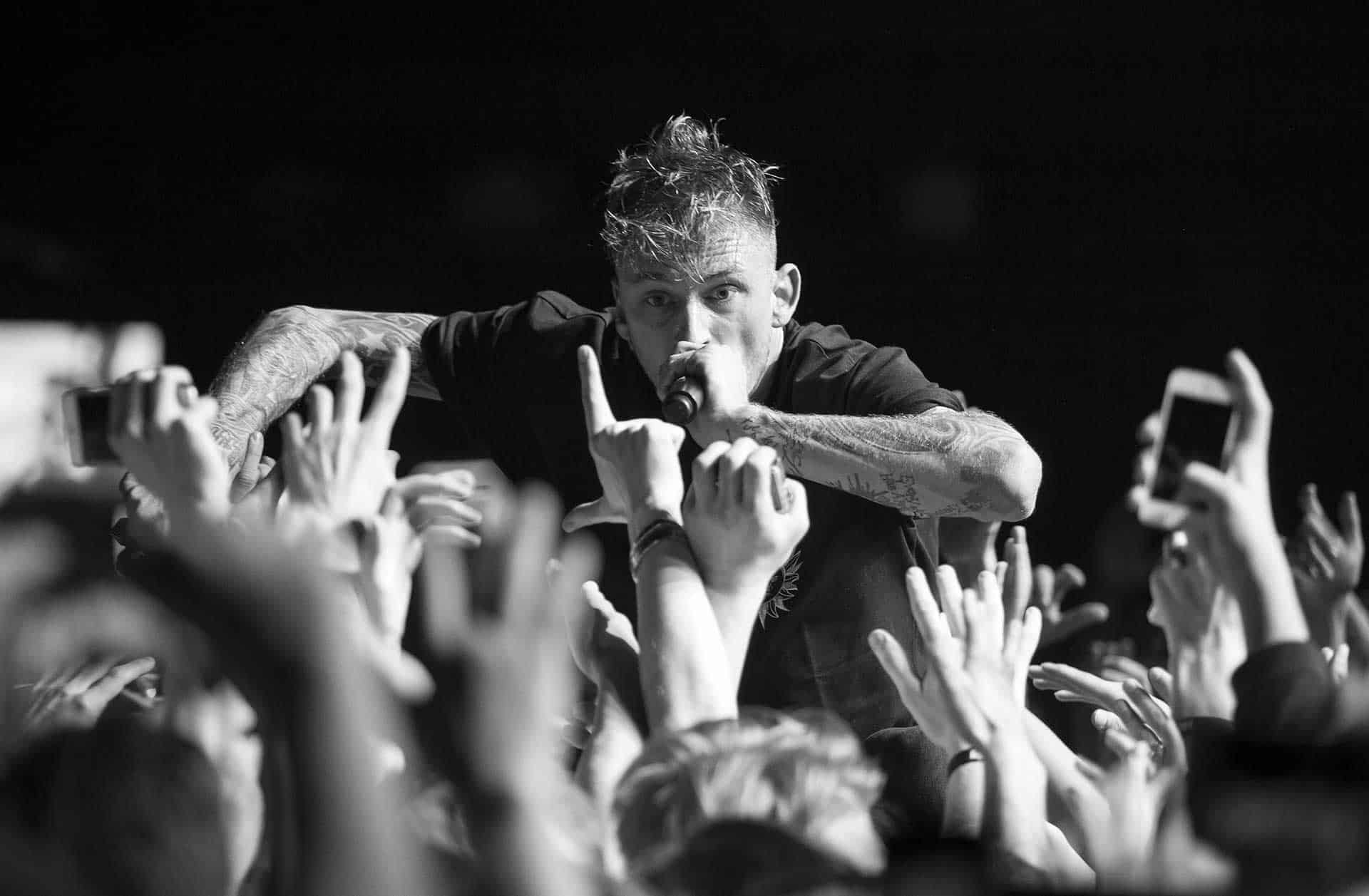 Why Machine Gun Kelly is a Poser

You’re reading the title and thinking “Why are you talking about him? His album came out in March.” Although Machine Gun Kelly’s sixth studio album “Mainstream Sellout” was released some time ago, it is never a bad time to hate on a pretentious, predatory, always-in-the-news-weirdo.

However, if you’re looking for some actually relevant info about MGK, or Colson Baker, he is also premiering in some new movies recently. So yes, Machine Gun Kelly is everyone’s favorite punching bag at the moment. However, with everything he does, we are compelled to document our distaste for the rapper-turned-pop-punk artist. So please, allow us to get around.

Our primary problem with Baker is his pivot to our beloved punk music. After making four subpar rap albums, Baker shifted music genres to make rock music. He flirted with the idea plenty of times if you’ve heard “Candy” or “I Think I’m Okay” off of his 2019 album “Hotel Diablo.” The latter single was a collaboration with drummer Travis Barker. Barker’s band, Blink-182, is considered one of Baker’s musical influences as a youth. Their partnership and friendship led to them developing his rock albums, which leaned much into the pop-punk genre.

Their collaborations have proved well for them, as Baker’s two pop-punk albums have both debuted at number 1 on the Billboard 200 charts. While arguably one of the biggest acts in the world, no one that considers themselves a self-respecting rocker actually seems to enjoy his music. His lyrics have no depth, and his style and aesthetic are very…Hot Topic and his lack of respect for the genre leads to a lot of disdain from people like us.

Another reason why punk vets tend to alienate Baker is his lack of respect for the overall genre of rock. In addition to performing a flippant cover of A System of a Down’s “Aerials” on The Howard Stern Show, he has feuded with Slipknot frontman Corey Taylor. After politely declining to be on Baker’s 2020 album “Tickets to My Downfall,” Baker went on a Spotify podcast to call out elder rockers who wear comfortable shoes onstage. Taylor took an exception to the comments made, saying that he “[hates] the artists who failed in one genre and decided to go rock and I think he knows who he is,” said Taylor.

After much back and forth that spanned a few years, Taylor addressed the feud once again. In short, he said that had no business telling other rock vets what to do when he had only released rock music for a couple of years. Regardless of how you feel about Slipknot, he has a valid point and is a renowned musician in the metal genre. If this sounds familiar, their online feud mirrors the one Baker had with Eminem (centered around his public comments about Eminem’s daughter, who was underage at the time) that led to Baker pivoting to rock in the first place. And what do you know, Baker announced in April 2022 that he will be making a rap album again next.

To sum it all up, Baker has had plenty of troubles regarding his artistry. Never really being great at rapping to gain the respect of mainstream audiences, making inappropriate comments at the expense of both rock and rap legends, digging himself into deeper trouble, and running away when the going gets tough. While he is currently on tour for his last album, hip-hop and punk fans alike will have to see what self-inflicted problem will arise next–because let’s face it, it won’t be long until he says something stupid again.